Serverless computing has become increasingly popular in the last few years, with many organizations exploring its use and benefits. For example, if you’re trying to get started with DevSecOps, like in this JFrog guide, and need to add a secure server layer, or if you’re looking for cost savings by using cloud services, then serverless computing may be the answer. But what exactly is serverless computing, and why is it becoming so popular?

What Is Serverless Computing

serverless computing, or FaaS (Functions-as-a-Service), is a type of cloud computing that allows developers to deploy applications without managing or provisioning any servers. Instead, the cloud provider manages all the infrastructure needed for deployment, such as Amazon Web Services (AWS), Microsoft Azure, Google Cloud Platform (GCP), or IBM Cloud. This means developers can quickly deploy their applications without worrying about server maintenance and scalability issues.

The main advantage of using serverless computing over traditional computing architectures is cost savings. Since there are no servers to be maintained or provisioned, companies don’t need to spend money on hardware, software licenses, or staff costs associated with server management.

Since there are no servers to manage, companies can reduce operational overhead costs associated with IT maintenance and administration. Furthermore, since serverless computing only charges per use instead of a fixed fee model like virtual machines do, it can also offer significant cost savings compared to running applications on traditional computing architectures.

Another Benefit Of Serverless Computing Is Scalability

Since the cloud provider manages all the infrastructure necessary for deployment and scaling up/down resources based on demand, organizations can quickly scale their applications up or down depending on usage patterns in real-time without needing additional human intervention. This scalability makes it much easier for organizations to handle peak loads during certain times of day or year while maintaining cost efficiency compared to traditional computing architectures. They require manual scaling before deployment and incur large expenses due to idle resources during low load times.

Security is another area where serverless computing shines compared to traditional compute architectures – since most cloud providers have built-in security measures like authentication/authorization tools built into their services and use best practices such as Encryption-at-rest & Encryption-in-transit when transferring data between services/users, they provide an added layer of security that isn’t present in traditional computing architectures where users have less control over data security protocols (especially if they are hosting their own infrastructure).

serverless computing is becoming increasingly popular in many different areas of computing and IT, such as web development, mobile applications, machine learning, and IoT (Internet of Things).

For instance, developers can use AWS Lambda to create serverless applications that are triggered by events or user requests. This means developers don’t need to manage any servers or provision any resources for their application – instead, all the necessary infrastructure required for deployment is managed by AWS.

Similarly, GCP Cloud Functions allows developers to build lightweight microservices without managing any servers. Furthermore, with the help of Azure Functions, developers can quickly write code snippets (in the form of functions) and deploy them on demand without needing to manage a server or set up any infrastructure.

Event-driven processes are another area where serverless computing is popularly used. For example, AWS’s Simple Queue Service (SQS) can trigger different functions based on messages sent from a queue. Similarly, with the help of GCP Pub/Sub services, developers can easily create event-driven processes in their applications without needing to manage any server infrastructure.

Finally, IBM Cloud Event Streams allow developers to easily publish and subscribe to events within their applications without worrying about managing any hardware or software components. IBM Cloud Functions provide a platform for developers to write code snippets (in the form of functions) and deploy them quickly without worrying about any hardware or software maintenance.

Serverless computing is also being used to affect online gaming significantly. Instead of managing many servers and other infrastructure, developers can now utilize cloud services such as Amazon GameLift to deploy and scale their games. This makes it much easier for game developers to handle peak loads during certain times without needing any additional human intervention.

Finally, serverless computing provides an easy way for game developers to improve performance. By leveraging cloud resources such as Amazon Lambda or Google Cloud Functions, gaming applications can respond quickly to user requests and make sure that the user experience is not compromised. This helps developers improve their applications while also saving a significant amount of money on maintenance costs. 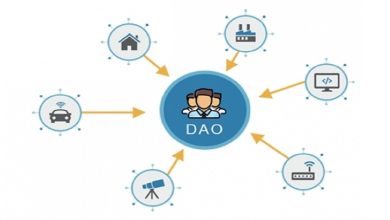